John Barber Shoots Under His Age. 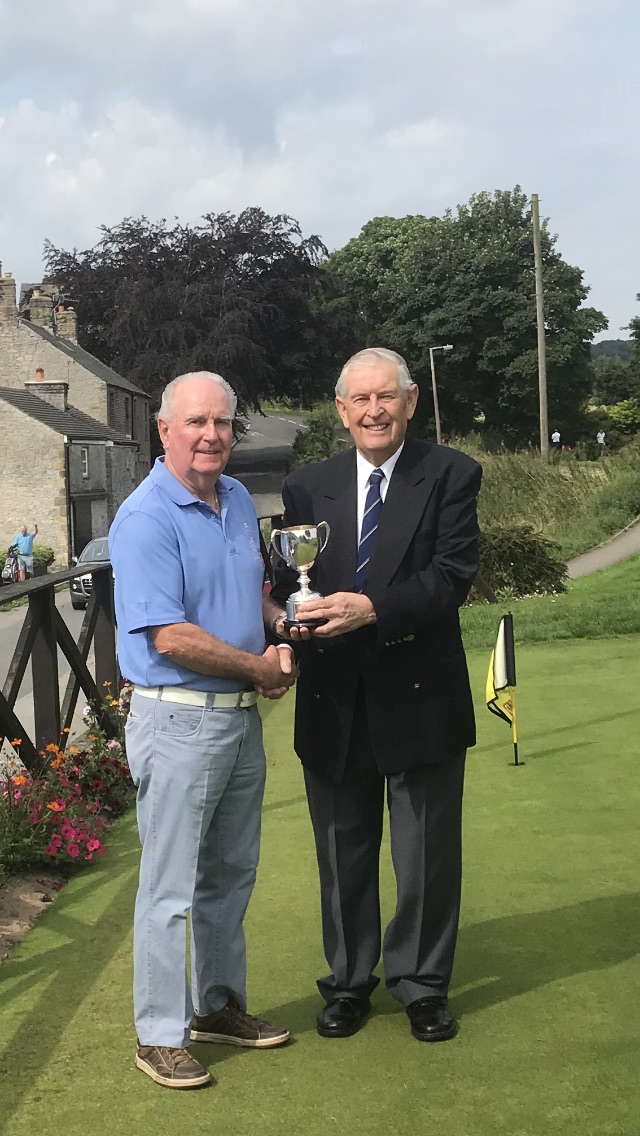 JOHN BARBER SHOOTS UNDER HIS
AGE TO WIN HARRIS CUP.
Eighty three year old John Barber won
the Harris Cup at Buxton & High Peak Golf Club
on Saturday 3rd August 2019.
What was remarkable about his win was that his
Gross Score was 78 and John is 83 years old.
Scoring below your age at golf is rarer than a hole in one
and can be accomplished by players in their seventies
and above who are healthy and still have a great golf game.
So congratulations to John for this fine achievement.
He was born in 1936 in a house on the edge of the golf
Course which became his playground from a very early age.
First joining the Club as a Junior Artisan in 1945 but in the
early 1950 s turned to cricket and played for Buxton
for twenty two years.
In 1974 he rejoined the Artisans Section and eventually
became a Full Club Member in 2001.
He has built up a fine record of achievements in amateur
golf:
Northern Artisans Scratch Champion in 1983 at
Fleetwood G.C. and winning it again 1992 at
his home club.
Manchester Evening News Knockout Champion in 1983.
Mail on Sunday You Magazine Champion at
The Oxfordshire G.C. In 1993.
Derbyshire Alliance Champion in 2005.
Seniors Captain at Buxton & High Peak Golf Club in 2014,
winning the Clubs Matchplay Championshipthe
Hartington Cup in the same year.
John in the blazer is pictured with this years Captain Mick
Plimmer.
Mick commented on what a fine golf record John had and
how pleased he was John had achieved this in his year of
captaincy.